“Ali Dean is the queen of heartwarming sports romances!”
– The Busy Book Mom

​The Brazen series is a female empowerment skateboarding romance with celebrity crush, age gap, and
friends to lovers tropes. There are four books total. 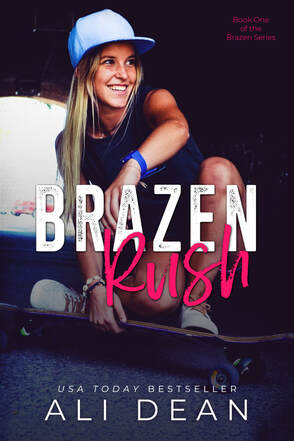 I love to skateboard but hate the attention. It’s hard to stay under the radar when I’m the only girl at the skatepark, especially when I’m better than the guys.
Not every guy though.

Early one morning I find the only other person at the park with me is none other than Beckett Steele, world champion. Now his attention I don’t mind one bit, and I crave more of it. That’s until he blows me off as soon as he learns I’m seventeen to his twenty-five. Whatever, it’s for the best. I could never handle hanging out with a famous guy like him.

When someone posts a video of me skateboarding that goes viral, Beckett’s best friend offers me an opportunity I never saw coming. It would pull me into the world of sponsorships, competitions, and social media frenzy. A world where Beckett Steele is front and center. I’m not cut out for that kind of pressure, and taking it on could ruin the sport I love. Am I willing to risk it if it means getting closer to Beckett?

Get it on Amazon! 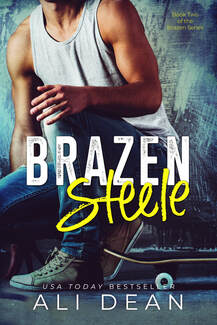 Beckett Steele knows what he wants and he’s finally going after it. But there’s one thing that might complicate his mission. It was easy to sign the legally-binding contract prohibiting a public relationship when he had no intention of falling in love. He agreed to participate in a reality television show in order to help promote his best friend’s new skateboarding company, but that was before he met Jordan Slattery. Now, he’s realizing that signing that contract might be the biggest regret of his life.

​Get it on Amazon! 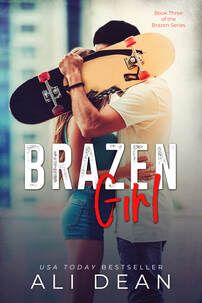 It only takes a second for her world to come crashing down.

Jordan’s crash is a wake-up call for everyone.

Recovering from a head injury brings new challenges no one is expecting or prepared to handle. Jordan begins to doubt that she has what it takes to make it as a pro skateboarder. Is she tough enough to be part of Beckett Steele’s world? Or is this crash a sign she’s not cut out for it?

With the filming Shred Live looming, Beck is forced to re-evaluate his priorities. The risks that come with being one of the world’s best skateboarders aren’t always what they seem. Add Jordan to the equation, and the dangers take on a whole new meaning.

A few seconds can change everything. Especially mid-air on one of the largest half pipes in the world.

Get in on Amazon! 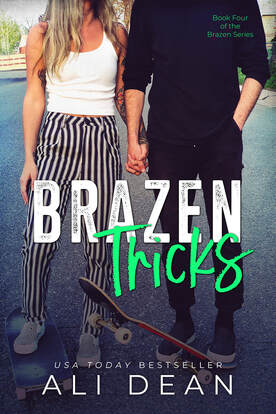 Her new path is all about split second decisions. At least one of them will change her life forever.

Jordan's ready to embrace her identity as a pro skateboarder but wants to do it on her own terms.

With her boyfriend the most popular skateboarder in the world, it's not easy being seen and treated as just the girlfriend. Jordan's ready to prove the haters wrong and is determined to earn a spot as one of the world's best in her own right. To achieve this, she'll have to do something no woman has ever done before - landing an aerial 720 at a competition. In order to pull that off, Jordan can't let her anxiety hold her back.

It won't be easy to do when the source of that anxiety keeps threatening to return, leaving Beck and Jordan looking over their shoulders, never entirely free from the past. This time, Beck and Jordan are taking on the challenges of being in the public eye together, as a team, even if some people want to break them apart.

In order to achieve her goals and survive, Jordan will have to face her fears head on.